Weather Research and Forecasting (WRF) is a weather forecasting software developed by researchers at NOAA (National Oceanic and Atmospheric Administration). It was designed to run only on supercomputers and other powerful hardware - the sort that can be afforded only by national Met Departments. So not much effort was put into making it easy to install and use, because it was assumed that only experts would be handling it. However, as computing power has increased over the ages, it has become possible to run large codes like this on even home PCs... theoretically at least. In reality, it isn't a simple process. We spent nearly an entire semester getting it set up on our laptops!
So we spent the rest of the semester making this extremely powerful and accurate weather forecaster easier to install. This way students and faculty can have a working version of WRF on their own computers and learning is accelerated.
The software is in early stages of development. Though it does install the complete suite unsupervised, it still requires a decent understanding of the working of WRF and Linux in cases where installation errors crop up. We also created a GUI that can be used to build the pre-compiled 'ideal cases' provided by WRF. Here are some screenshots: 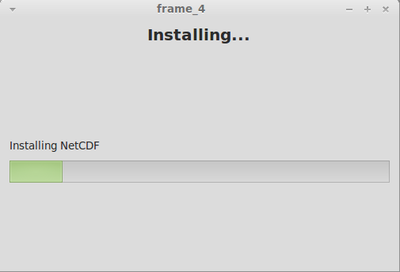 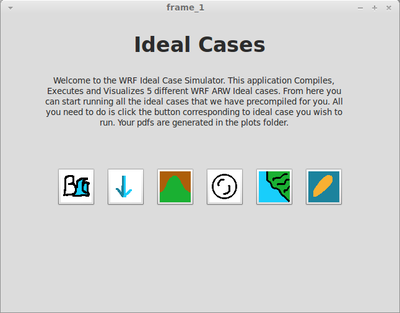 Cyclone Phailin
As a test of the accuracy of predictions provided by WRF, and of our own proficiency with the model, we decided to run the simulation on Cyclone Phailin as soon as we heard the first reports that it was brewing up off the east coast of India. Our results were remarkably consistent with what actually happened! Here are our results

For our final year undergraduate project, we are developing an application to generate intuitive easy-to-use images of weather forecasts that will be broadcast to farmers in rural India in their local language in order to alert them in advance of natural disasters such as cyclones and floods. A commentary on this has been published in the Atmospheric Science Letters, one of the leading journals in the field of atmospheric sciences.
Here are links to some the actual publication and Wiley's press release:
The story generated a lot of interest in the international and national media. Many of the local newspapers published articles covering our research. 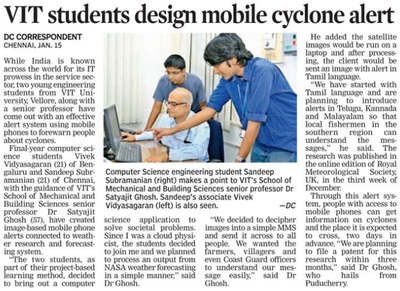 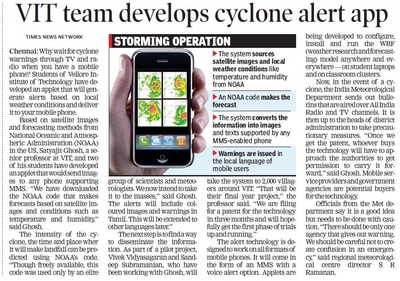 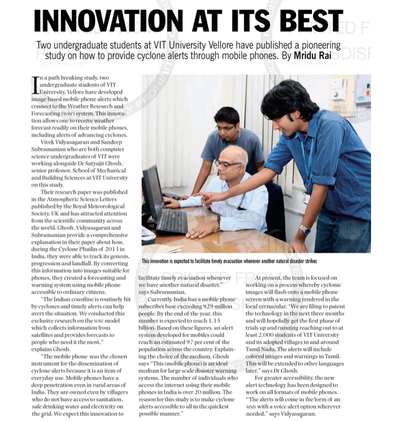